The Best of: Valentine’s Day Campaigns 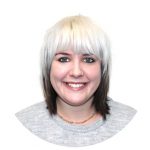 Love it or hate it, Valentine’s Day is back and is bigger than ever. You can practically smell the Flowerbomb and see the pound signs running through the Michael Kors sales assistant’s eyes.

Every year brands battle to stand out in the romantic mush of adverts, experiential, digital, guerrilla- you name it, they try it.  Last year Adidas made headlines by posting a photo of a same-sex female couple’s legs sporting a pair of matching shoes with the caption “The love you take is equal to the love you make”. The picture received a huge number of homophobic comments, with the brand’s social media team simply responding with kiss face emojis. Following the underlying political theme running through this year’s Superbowl advertisements I can’t help but wonder if some of the bigger brands will try to match Adidas’ efforts this year, undoubtedly with anti-Trump connotations in there somewhere.

Lingerie brand Ann Summers projected the message ‘Happy Ann Summer Day’ onto competitor’s storefronts in 2014, along with a few slightly more targeted messages including ‘Chocolates are for hospitals’ on chocolate retailer Thornton’s storefront. Whilst not incredibly creative, the campaign definitely gained some much sought after Valentine’s attention… turns out throwing a bit of shade at competitors can sometimes work!

Ford’s 2015 Speed Dating campaign decidedly blew all gender stereotypes out the water with this campaign, featuring a female stunt driver ‘speed dating’ with a number of eligible bachelors whilst simultaneously tackling the myth of the bad female driver.  The campaign was a huge success with 98% of the 12.8 million video views due to viral earned pick up… seriously impressive numbers.

In 2013 Carphone Warehouse proved that print ads are not totally old hat, posting an ad in various newspapers which instructed you how to fold the page to make it appear like a bouquet of roses. Tongue in cheek genius, all pulled together by Carphone’s tagline “We compare, you save”.

With our help, Moonpig took to the streets of London with ITV’s Fred Sirieix from First Dates, offering relationship advice to surprised Londoners as well as a bit of Valentine’s inspiration in the form of long stemmed roses. What more could they ask for?!

With Valentine’s Day upon us, it will be as interesting as always to see what campaigns retailers will conjure up this year to get us spending our hard earned buck! House of Experience have decided to run a little campaign this year of our own… keep your eyes peeled…!!