The Best Of: Tech based PR Stunts 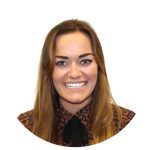 A successful tech PR stunt can cause quite a stir and with 70% of all investment in the UK going towards the tech industry, the necessity to make some noise is becoming increasingly apparent.

To provide inspiration we’ve compiled a list of some standout stunts… and maybe a couple that just made us smile.

Located on Toronto’s busy Bay Street, Mazda caused quite a stir creating an interactive billboard which actually tracks heads turned towards their new car ad. The billboard uses a camera, crowd detection and facial recognition software to accurately (arguably) count the number of heads turned by the ad in a month. In just 2 days it racked up a massive 15,000 gawking passers-by… crazy!

In 2014, Lisbon saw a traffic light dance using motion capture technology and some particularly funky members of the public in a nearby filming booth. Mercedes brand, Smart created a special pedestrian crossing in a bid to attract the attention of pedestrians who may otherwise walk out into the road and make their wait that little bit more entertaining. The stunt was based on the concept that ‘smart ideas can turn the city into a better place’.

To celebrate Christmas 2016, Samsung teamed up with influencer and YouTube star Casey Neistat, opting to release a holiday video like none other. With overtures of “I’m dreaming of a White Christmas”, Casey took a more modern means of transport than sleigh around Finland, being pulled by a drone high into the sky. Samsung also featured their Gear 360 cameras, giving the audience a chance to truly be part of the action… and the response? Over 6.5 million views on YouTube alone. Techy stuff!

and for a (slightly more subtle) stunt from the Samsung Niestat partnership head to his YouTube to view his latest motivational speech to followers, entitled “Do what you can’t”- get the Samsung link yet??

Car company Ford have revolutionised nursery furniture, designing the world’s first cot which mimics a car ride. The crib has been designed to promote the new Ford C-Max fange of family-centric cars and features gentle tilting movements, a warm glow to mimic street lights and soft engine noises. And the tech genius doesn’t stop there! The cot can even be paired with a mobile app so that it mimics real journeys… top marks Ford!

The Faroe Islands are a collection of largely uninhabited islands off the South East coast of Iceland. The islands were one of the few places in the world not to appear on Google Street View until Danish agency, Liquid Minds, decided to take the matter into their own hands and commission their own version of Google street view. They strapped 360 degree cameras to the back of sheep giving, ‘Sheepview 360’ and managed to generate a huge 2 billion media impressions and estimated PR value of $50 million. Well done Sheep!