The Best Of: Charity PR Stunts and Activations 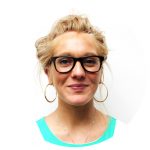 Charities are a tricky sector to work with. There’s a danger of overwhelming the public with overenthusiastic chuggers, prompting cynicism and negative feedback. Let’s face it, we’ve all been there. We wander out hastily at lunchtime to pick up our Pret sandwich, perhaps with 20 minutes to spare browsing the Mango sales before launching back into the afternoon grind. We see a happy, over enthusiastic Charity Ambassador, clutching his pea-green clipboard, jumping up and down in the hope that we’ll be unable to dodge his eye. Panicking, our walk turns to a quick trot, and we cross the street, head down, guiltily muttering a “…really sorry, need to get back to the office!” before they have time to explain just how much our £5 would mean to the starving donkeys of Somalia, (*and their commission.)

Sadly, this is one of the negatives so often associated with charity awareness and fundraising: In your face, ‘chugging’ is something us cynical Brits just can’t deal with, almost as bad as the intrusive cold calling horror stories we so often read about…

However, what PR stunts and live activations have shown over the past few years, are some unique and much more simple ways as to raise awareness of a cause, without being intrusive. And here are a couple of favourites:

On the Playa Agua Dulce in Peru, a ‘shadow Wi-Fi’ network was set up that only worked in the shade, encouraging beach-goers to stay safe between the most harmful hours of sunshine, to both raise awareness of and help prevent skin cancer.

A big blue structure – which – downside – looked pretty ridiculous and took up a lot of space, provided free Wi-Fi access to up to 250 people in its shade, possible thanks to a directional antenna which ensured Wi-Fi was only delivered in its shadow.

Cancer Research have really upped their game recently. Their ‘real life’ emotive TV adverts have prompted much praise, as well as their progressive use of technology throughout campaigns (VR Garden, Tap a Window etc.) One particularly prominent stunt involved the installation of ‘Smart Benches’ in Lewisham & Islington. Tired shoppers & commuters were invited to sit on the wifi & solar energy enabled benches, allowing the person to charge their phones. Not only this, but as the world’s first ‘Contactless’ Smart Bench, those sitting down could tap their cards to donate £2 to the cause. Far more convenient and far less intrusive than the street teams so often dominating public spaces.

A real heart-melter – Blue Cross have provided their event dogs with ‘contactless jackets’ prompting doglovers who approach the canine beauties to pat and tap. £2 per person to be precise. This is proving very effective at live events.

To promote the show, and illustrate how exposed groups are ignored in society (a theme in the show), Folkoperan and a number of homeless people performing in it took to ten different street locations with free tickets.

The performers wrote signs, offering two free tickets to the first people to stop and talk to them. And guess what – everyone ignored them.

Although not strictly a charity campaign – the Folkoperan team highlighted the increasingly dominant social problem of homelessness, and it definitely played on the concience.