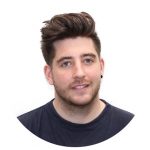 Hope she was worth it! We all love nosing into people’s private life, especially when its juicy, but imagine your private life being spray painted all over a £90,000 Range Rover parked in Knightsbridge for everyone to see… It certainly got everybody talking, with the stunt going viral in May 2016. Social media users got into heated debates about whether this was real or a stunt, playing straight into the hands of R-Tec Auto Design and Revere, who came up with the activation in a bid to showcase the new Revere Knightsbridge body kit for the Range Rover Vogue.

This very clever stunt shows just how far PR companies are willing to go. As a stunt, it became so successful that members of the public claimed to have seen a crazy women spray painting the car and then running off, and the TV show ‘Cheaters’ even tried to steal the limelight claiming it was them… cheeky.  But it was Revere that got the last laugh, clearing up the ‘who dun it’ with an official video showing ‘the making of’ with the hashtag #REVERENOTREVENGE and a second Ranger Rover with the hash tag spray painted across the side of the vehicle.

With reality programmes such as ‘The only way is Essex’ and ‘Made in Chelsea’ becoming extremely popular, particularly with the increasingly important millennials, PR companies are clearly realising how much we love looking into other people’s lives, especially when they’ve been a bit naughty. So why not take an expensive car, in a very popular and expensive location at lunch time and let the dirty laundry be hung. The result being a viral success.

The only disappointment from this PR stunt, the lack of any real juicy goss!