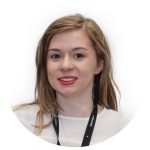 Summer is the word that most of us look forward to, dreaming of holidays in the sun, time by the beach and spending time with friends. But for parents it means 6 weeks of trying to keep their kids occupied. Not wanting weeks in front of the Tv watching endless Peppa Pig, Sophia The First or even worse, In The Night Garden. parents look to pop up events and activities to help bring fun into the summer schedule and memories their child can look back upon. Huge numbers of events take place throughout the country and there’s an increasingly noticeable trend for companies looking to find a way to engage not just the children but also parents, who most of time end up having more fun! Immersive events are looking like the way forward, with activities such as KidZania- an indoor city run by kids, running all year round.

Lego is one of the most famous brands in kid’s eyes and also for many adults having grown up with it (not ashamed to say I’m still trying to get the Death star set from Star Wars). Having recently expanded, producing global movies such as The Lego Movie and The Lego Batman movie, they are getting more and more involved in producing pop up events this summer, making experiential stunts one of their priorities. From unveiling a three-metre-high Lego Batarang to promote the newest movie on the south bank made up of 35,000 bricks, to producing an interactive Bricklive tour visiting 4 cities which started in July which will end in October featuring Lego themed zones such as Star Wars, Minecraft, Duplo etc.  An estimated 110,00 visitors are expected across the 4 events each last 3 days.

An immersive Lego Pop up is taking the Southbank over during the August bank holiday to kickstart the imaginations of everyone in the family to create an adventure. The Lego Mini Missions: Ninja’s in the City is a free experience that won’t want to be missed. Families aimed with children between the ages of 5-9 will john Lego City Police detective Chase McCain and the ninjas to form a crime fighting team. You will raise across the clock to solve as many mini missions as you can before squaring up in the last mission against Lord Garmadon. This immersive experience is one to look out for over the bank holiday weekend using #LEGOMiniMissions on Social Media. Personally I would go just to go in the brick pit…..