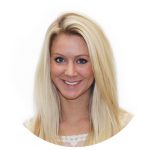 Despite the numerous billboards, trailers and commercials shoved down our throats in the weeks leading up to the release of every new Blockbuster, it seems typical advertising alone isn’t enough to grab our attention for upcoming films anymore… cue the publicity stunts. Competition is at an all-time high, and with 729 films released in 2016, it’s not hard to see why. Film companies are coming up with new and exciting ways to engage their potential viewers and with this in mind, we’ve been taking a look at some publicity triumphs (as well as the epic fails) brought to us over the last few months.

First up is Paramount Pictures in America – with their tongue-in-cheek “Slow Motion Marathon” to celebrate the upcoming release of Baywatch The Movie. The marathon, held in LA, draws inspiration from the iconic slow-mo beach scenes from the opening credits of the original Baywatch. Check out the highlights below (let’s face it, you didn’t want to watch the full thing anyway!)

Despite getting it so right with the above, it’s a shocker that Paramount manage to get it so wrong with another stunt for the same movie! To ‘promote’ Baywatch The Movie, this time in London, the film company floated a giant inflatable beach ball down the Thames… Now that might sound exciting, but when you take into account the plethora of objects previously floated down the capital’s river to an audience of underwhelmed Londoners, it’s no doubt that this stunt left us feeling a little, well, deflated. It did, however, manage to bag a Guinness World Record, because that’s not old hat in the stunt world *yawn*.

Originality, it seems, is key to capturing the imagination of the ever more discerning film buff.

And as much as it pains me to say it, it seems our cousins across the pond win this time.

The UK’s stunt offerings aren’t all bad though, as Walt Disney Studios proves with their latest installation for the upcoming Pirates of the Caribbean film. Being the fifth instalment in the franchise, you could certainly be forgiven for feeling a little fed up of seeing a washed-up Johnny Depp doing his best Keith Richards impression; but something slightly more exciting has ‘washed up’ on our beaches for Salazar’s Revenge! That’s right: Disney have unveiled some unique art installations ‘emerging’ from the sea at various locations across the UK.

Legendary Hollywood producer, Jerry Bruckheimer, commented: “The UK has always had a special place within the Pirates of the Caribbean history having filmed here many times. Therefore, it is a fitting tribute to have the fearsome crew of our terrifying new villain, Captain Salazar, descend on the shorelines of Great Britain to celebrate the launch of the new film.” Pr Examples.

These swashbuckling statues took 6 weeks to make, and were painted and sculpted by hand! Shiver me timbers!

And finally, if creeping in off our shores isn’t enough to grab your attention, then maybe creeping straight from a TV set will do the trick! The team behind 2013’s terrifying stunt for Carrie have been at it again with their latest spooky stunt for Rings, a chilling sequel to the original film. Unsuspecting shoppers were caught off guard when a young girl crawled straight through a TV screen at an electronics shop in New York. The stunt was viewed more than 200 million times in just a few days, so it seems they caused quite the stir.

So it seems that bigger isn’t always better in the publicity world. Audiences are craving original, cool, creepy or just downright funny stunts to capture their imaginations which ultimately drives ticket sales. Inspiring fans with off-screen stunts is just as important as wowing them on-screen. We want entertainment before parting with hard-earned cash – such is the saturation of the market. Otherwise, we’ll wait till DVD release!