Sport evokes various emotions, so can be used as a powerful tool for marketers around the world. In our latest blog, we wanted to look at our three favourite sports-based activations from this summer.

We look at two beer brands and one financial brand that have associated themselves with football, rugby and tennis respectively.

It is most football fans worst nightmare during the closed season. Your superstar hasn’t committed his future to the club and everyday there is more tabloid speculation that he will be signing for the big-spenders. Nevertheless, the optimist in you believes he will repay the fans faith and stay loyal to employers that have paid so much for the last few months and years. Whether it is last year’s shirt or the brand new strip, numerous fans will wear the shirt with their idols name emblazoned across the back with pride.

But, whether it was Raheem Sterling, Christian Benteke or Roberto Soldado for example, fans are left heartbroken when a player leaves (especially for a bitter rival). We work hard to earn the money for these shirts. It sometimes leaves us fans feeling so let down by our idols, that we resort to publicly burning the shirt in protest. 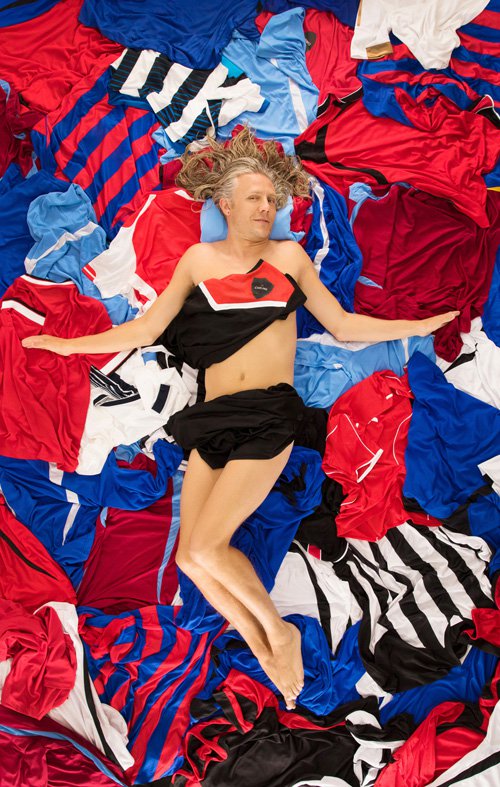 This summer, Carling launched a nationwide experiential tour to come to fans’ rescue. Football supporters throughout the UK were given the opportunity to swap their shirt with the name of a recently sold player on the back for a new one. Their Shirt Amnesty van hit the road from 1 July. When the van landed in a city, fans could turn up and swap their shirt for free – literally from the back of a van.

Shirt Amnesty was part of a range of Carling pre-season activity taking place in the run up to the new season, and fans across the country could get involved simply by following @Carling on Twitter to find out when the van was heading to a city near them. This simple idea was very effective, as fans connected with Carling, a brand that seemed to understand our struggles as fickle football fans.

The brand also used cheeky chappie Jimmy Bullard as the face of the campaign. A smart move, as he was popular after his stint on “I’m a Celebrity” and has always been a football fans favourite following his quirky goal celebration at Man City in 2009.

Overall, a simple idea that was executed well and backed up by a witty and informative social media plan. An association with football as a sport was a great match up, and continues to draw PR coverage as they visit different towns and cities across the UK.

Heineken have leveraged their sponsorship of the 2015 Rugby World Cup to host a coin hunt with a twist. The brand has previously sponsored the UEFA Champions League, offering fans the chance to watch a game with one of their club’s heroes.

Participants in this competition are given a specific year, for which they need to find a coin minted in that year and tweet a picture using the hashtag #ItsYourCall. The year of the coin that participants will be required to find is to be released on the day, and it will coincide with a specific rugby legend’s ‘legendary year’ from Rugby World Cup history. 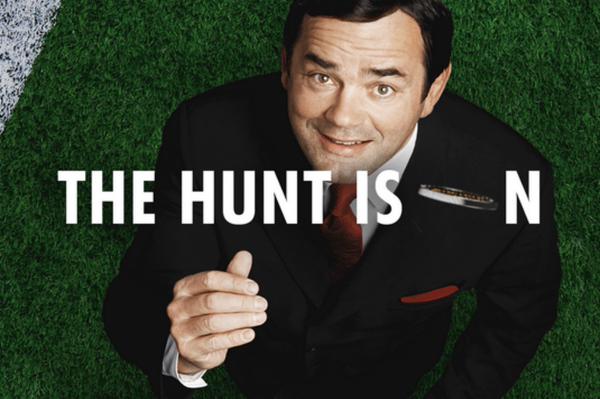 The prize package includes the opening coin toss experience as well as VIP match experience comprising tickets to a quarter-final game at Twickenham stadium, a behind-the-scenes tour of the stadium, Heineken hospitality during the match, and the match coin as a memento.

There will be five more hunts, following the first hunt for a coin minted in 1991 – when rugby legend Will Carling led England to a Rugby World Cup final.

We really like this idea because it is simple; we were instantly rummaging through our wallets and purses to see if we were lucky enough! The competition prize is unique, especially for such a major sporting event and easily engages the target audience. Also by using John Smit, Scott Quinnell, Matt Dawson, Rocky Elsom, Jonah Lomu and Shane Horgan as ambassadors, the brand is likely to ensure international PR coverage. Their sponsorship of Rugby Union also helps to target a new audience, evolving their existing customer base of football fans.

American Express – You vs. Sharapova

We have all sat there watching Wimbledon and thought “Returning a 100mph serve. How hard could it be?”

This summer as part of a fan experience station on the grounds of the USTA Billie Jean King National Tennis Centre, American Express commissioned the services of its newest spokesperson Maria Sharapova to give fans the chance to return her serve using virtual reality. American Express usually signs short term deals with tennis players for the US Open, but Sharapova’s is a multiyear deal.

Deb Curtis, vice president of global sponsorships and experiential marketing at American Express, said “You vs. Sharapova” is the first virtual reality experience to feature live action i.e. the fan swinging a racket, combined with a computer-generated image of an athlete. To get the right content, Sharapova spent nine hours in a virtual reality studio in California to pull off the promotion.

The virtual reality experience is free for anyone with a ticket to the US Open throughout the two-week tournament, which starts on 31st August.

“I think our sport has grown so much because we as players have been able to get closer to the fans, especially through social media,” Sharapova said. “This takes it to another level.”

The team here at House of Experience are big fans of using technology, as it often helps to give the user an experience they otherwise wouldn’t be able to access. We know where we would be if we had US Open tickets….