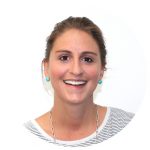 As the days get colder we thought we’d throw it back to warmer times… the Olympics specifically! Despite the ambiguity of many events, the Games never fail to unite people across the world; and with a global broadcast the Olympics have for many years supplied a platform for brands to support with creative campaigns and content.

With Rio 2016 behind us, we examine some of our favourite Olympic brand activations from the last three Games focussing on those that have produced good content. 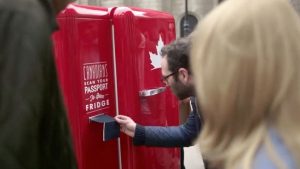 To support the 2014 Sochi Winter Olympics, and allow Canadians to celebrate their country’s victories, Molson Canadian placed red fridges in various locations around the world. The twist… each fridge displayed a very clear call to action – ‘Canadians scan your passport to open’.

Placed in high footfall central locations the mysterious fridges caused lots of intrigue for all and saw many passers-by stop and attempt to open the fridge until realising it was no use without a Canadian. The content shows scenes of members of the public engaging and working together to find a Canadian, at one point even shouting “is there a Canadian somewhere?!” Only a Canadian, after scanning their passport, could activate the fridge to pop open to reveal shelves full of Molson Canadian Beers.

Shared amongst the crowd, we see a rare heart-warming moment where many strangers come together to share an ice cold beer. This stunt is a great example of a live event which not only produced positive experiences for those that saw the fridges first hand, but also generated positive online shareable content. Receiving over 2.9 million YouTube views, it is no wonder this content was a success – what is more pleasing than a fridge full of beers!? 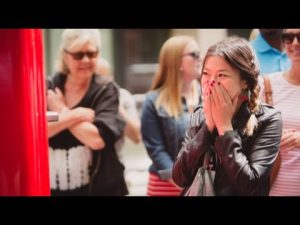 Coca Cola- Move to the Beat of London – 2012 London Olympics 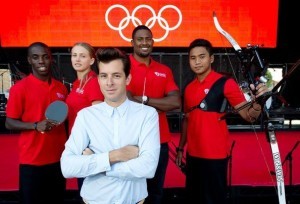 Another of our favourites was Coca Cola’s ‘Move to the Beat of London’ content created for the 2012 London Olympics, which saw Coke working with famous DJ Mark Ronson. Ronson created a unique song for Coke with an extremely unique beat, using punctual sounds from different sports, such as archery, table tennis and running, called, ‘Anywhere in the World’. The official music video was a huge online success receiving over 3 million YouTube views, with the ‘Making of…’ video receiving just under 80,000 views.

This music video was part of a wider campaign to promote the Olympics to a younger audience, including stunt event the Beat Wall in Hackney, East London, the Facebook app Track the Beat as well as TV commercials Move to the Beat all across Europe. With this extensive campaign, Coca Cola managed to marry music with sports – two elements which bring people of all nations together – to create highly shareable content people remember and can sing along to. Proof is, 4 years after the London Olympics, we still have the tune in our heads! 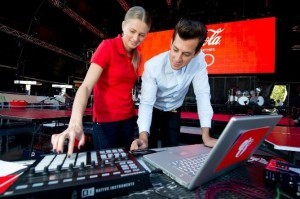 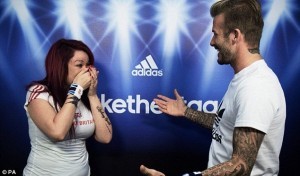 As part of their ‘Take the Stage’ Olympics campaign, Adidas fans were surprised by footballer David Beckam who joined them for a memorable moment in the Adidas branded photo booth.

The idea is extremely simple but achieved great results: people were encouraged to have the picture taken as part of the Adidas Take the Stage experience, a (dashing) Beckham pops up behind the Adidas backdrop to surprise the participants. As a result we saw tears, laughs, incredulity and very genuine, emotive moments captured on camera. 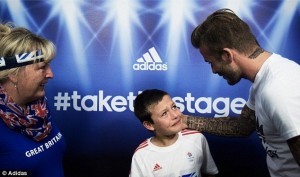 Rio 2016 has seen many pop up activations or ‘fan zones’ including VIP Lounges from Visa and the return of the Holland Heineken House.

The stand out, however, for us was Airbnb’s room listed inside the Rio Olympic Arena, offering fans the chance to stay during the Games in the gold-medal themed space. While a fantastic PR stunt, supporting their other activity around the globe, the brand has seemingly failed to utilise this opportunity to create some great content. Imagine a 360 video piece, or live stream, for instance filmed inside the room while a match was being played – once in a lifetime viewing!

The above examples clearly show how much brand sponsorship has matured from the 1980’s, when sponsors simply wanted maximum brand exposure, such as logos covering every surface of the event itself. Now we see incredible instances of brands creating a personality through their activities, and linking these back to the Olympic ethos of unity to bring people from all walks of life together to celebrate.

We look forward to seeing what the Pyeongchang 2018 Winter and Tokyo 2020 summer games will bring for brands and athletes alike!