Whether you call it experiential, stunt or immersive, there is no doubt that this form of marketing makes a huge impact by engaging the consumer in memorable real-life experiences.

Here at House of Experience we have put together some of our favourite innovations from the world of experiential marketing. As you will see, they are completely different, but what they have in common is they were highly entertaining and generated a buzz that achieved measurable results for the brands in question. Enjoy! 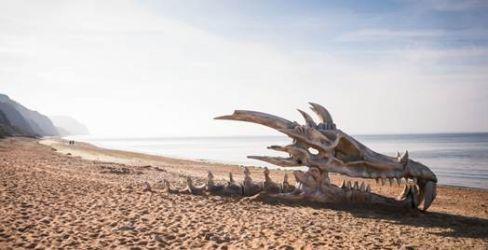 When the third series of Game of Thrones became available on BlinkBox, the video-on-demand service saw the opportunity to have some fun. Their experiential campaign involved leaving a huge ‘dragon skull’ on a beach in Dorset. Within hours, #dragonskull was trending on Twitter and sites such as Mashable, Buzzfeed and Reddit picked up on the story. By bringing the excitement of the show off-screen, BlinkBox blurred the lines between fantasy and reality and captured the public’s imagination.

American game show Jeopardy was turned on its head when super-contestants Ken Jennings and Brad Rutter played head-to-head with a robot named Watson – and lost. Built by IBM, Watson uses congnitive technology, enabling it to ‘learn’ information like humans do. In preparation for Jeopardy, it spent two years practising with other contestants, building an impressive knowledge bank covering everything from The Beatles to the Olympics. The stunt raised the profile of IBM Research and Watson and became a YouTube hit. 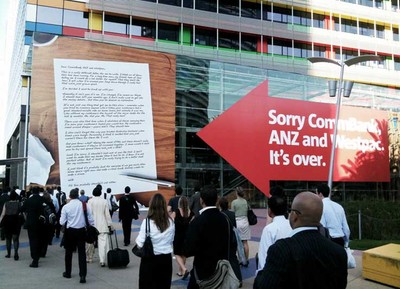 National Australian Bank’s ‘Break Up’ campaign earned their CMO the title of Australian Direct Marketer of the Year. The campaign was based around NAB ‘breaking up’ with Australia’s banking group. Activity kicked off with a Valentine’s Day stunt where sixty couples staged very public ‘break ups’ in bars and restaurants across the country; the message was then reinforced across TV, print, social and outdoor media.

CDs of break-up songs were handed out at railway stations, helicopters dragged break-up banners across the sky and one ‘heart-broken’ pianist serenaded the public around Melbourne from the back of a truck. Through this campaign, NAB succeeded in setting itself apart from the banking group and became the first bank dissatisfied customers would turn to when it was time to move on.

While we’re on the subject of banking, have you checked out our own ‘Nothing to Hide’ experiential campaign for TransferWise?

These very different examples show that innovation is the key to powerful experiential marketing. As stunts become more commonplace, it is important for brands to stay innovative to ensure their audiences’ experiences are unique and memorable for all the right reasons. If you want to find out more about our experiential marketing credentials then why not get in touch?