Charities unite people who care about a cause and want to make a difference. Here at House of Experience we share that ethos. We work to help our clients make change, communicate their message, and stand for what they believe in because we believe it too.

We’re proud to have worked with an array of charities, so here’s a culmination of what we’ve been up to over the past couple of years.

To inspire the British public to help raise £1.5million for WaterAid’s ‘Water Effect’ appeal, we created a thought-provoking stunt to get people talking about the 800 children under the age of five that die every day due to dirty water and poor sanitation.

800 brightly coloured schoolbags were placed on the steps of St. Paul’s Cathedral and we labelled the bags on the front row with the names of real children whose lives were tragically cut short by diarrheal diseases linked to poor sanitation. We invited WaterAid ambassador Dougray Scott to come down and help to tell the story behind the stunt whilst creating a short piece of video content, allowing WaterAid’s message to reach an even wider audience. 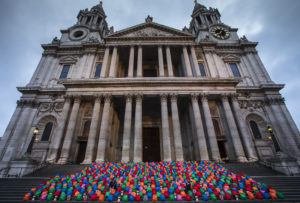 The stunt achieved wide-spread coverage amassing 11 pieces of coverage (and counting) from the likes of Metro, The Telegraph and The Times which have a combined readership of over 2.6 million.

27-36 million people live with dementia worldwide, and we teamed up with the leading charity Alzheimer’s Society in order to raise awareness and money for much-needed research and support programs. 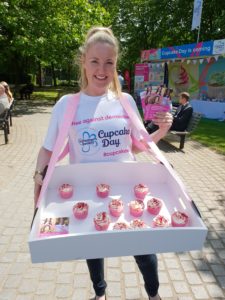 Designed to create a buzz around the Alzheimer’s Society’s fundraising event, Cupcake Day, we travelled from Newcastle to Birmingham to London on a three-day tour, handing out beautifully crafted cupcakes, served with a side of friendly guidance from our Dementia Advisers. Candice Brown from Bake Off made an appearance too!

The content we filmed for the Alzheimer’s Society’s social channels accumulated over 400,000 views and 116 shares in just 48 hours on Facebook alone.

With rates of mental health issues among young children rising, YoungMinds asked us to help with their Find Your Feet initiative, which aims to help 10 and 11-year-olds through the potentially troubling transition from primary to secondary school.

Partnering with Valentines High School in Essex, we worked with students to create a news report that covered topics they identified as important to them. We cast students as news anchors, reporters and interviewees in an engaging educational film made by kids, for kids. The film reassured children that the nerves experienced when changing schools was normal, and YoungMinds would always be on-hand to help them. 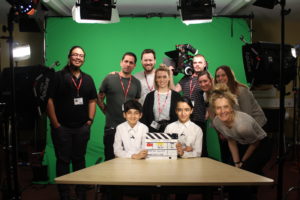 Following a sign-off from the ASDA foundation, YoungMinds saw its name up in lights as the news report premiered at secondary schools around the UK.

The idea? Encourage parents to take just 20 minutes out of their day to spend quality time with their child doing a fun activity and check in on their well-being. To kick this off, we hosted a football match in Regents Park which had experts from the YoungMinds Parents Helpline on-hand to offer free advice. 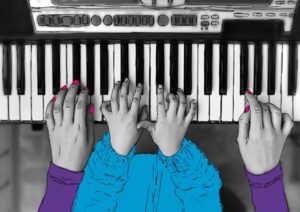 Our creative team designed the #Take20 hub based on 5 different grayscale images of interactions between a parent and child. Hints of colour and sketch effects outlining the images added to the idea of creating special moments. These images were then worked into various ads for press, Spotify and black cabs.

Three in four under 25s believe that they are negatively misrepresented in news media. So, we teamed up with Dixon’s Carphone and VO5 for a news-jacking show that gave young people an opportunity to reclaim the media outlet and fight back against bad press and instead showcase their strengths and resilience.

The show was fronted by YouTube stars Niki and Sammy, allowed ‘In the Mix’ to give a platform to inspire young people with incredible stories, whilst exploring topics like sexuality, mental health, and masculinity.

Free media space from The Guardian, Evening Standard and Spotify, as well as disruptive ads from Ocean helped to spread the word about the alternative news segment before its broadcast on The Mix’s YouTube channel.

A sensitive subject, but for many terminally people not having control over when and how their lives end can add unnecessary stress at a difficult time.

Noel Conway is a retired lecturer from Shropshire with motor neurone disease who has dedicated the rest of his life to campaigning to change laws around assisted dying. 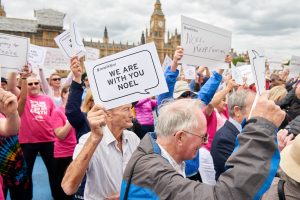 We partnered with Dignity in Dying to create a commotion outside Parliament during Noel Conway’s court case in the hope of gathering mass awareness of the restrictions surrounding assisted dying. 200 #ImWithNoel supporters were brought together using Dignity in Dying’s social networks and joined us as we set sail on a mobile protest through Westminster. Posing initially as an unassuming boat full of ‘tourists’ we positioned ourselves right outside the Houses of Parliament before dropping a protest banner and starting an ‘I’m with Noel’ chant.

We created a 6-minute mini documentary for YouTube and shorter video content for social media narrating the stories of Noel, his supporters and the stunt.  The documentary has achieved 80,000 organic views so far, keeping this important conversation active.

We rolled out the red carpet for Save The Children at the Bristol Balloon Fiesta, Mostly Jazz and Watchet festivals to engage families in the charity’s work through an exclusive V.I.C. (Very Important Child) experience.

For a small SMS donation from parents, children could collect a V.I.C. wristband and gain access to a special dance lesson taught by a trained kid’s choreographer.

We teamed up with DreamWorks to offer a goodie bag when families papped themselves in front of our ‘Born to Dance’ backdrop, and whilst the kids may not have appeared on the front page of OK! Magazine, mass sharing was achieved through experiential, PR, data capture, partnership and social media interactions. 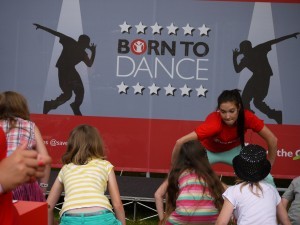 Charities promote worthy causes and working with them means so much to us at House of Experience! If you’re interested in creating a stunt, experience, or video content that causes a stir, please get in touch via hello@houseofexperience.co.uk.